A citizenship is something someone is very proud of as this means certainty of membership in a community, political society and of course, the state. Citizenship is defined as the “state of being vested with the rights, privileges, and duties of a citizen,” who is “a native or naturalized member of a state or other political community.”

There are foreigners who desire to apply for Filipino citizenship. This article will give details on what are the ways of legally becoming a Filipino Citizen.

Under Philippine Nationality Law, there are three bases on how to become a Filipino citizen:

1)  By Birth (Jus soli) – means that you’re an automatic Filipino citizen if you were born in Philippines soil or territory.

2) By Blood (Jus sanguinis) – means that you’re a Filipino citizen at birth by virtue of the nationality of your parent(s) (mother or father) who are Filipinos.

3) By Naturalization – means that under the Bureau of Immigration of the Philippines, a judicial act is done to adopt a foreigner and clothe him with the privileges of a native-born citizen. This also means that the foreigner will renounce his former nationality during the process.

Naturalization is the best option for foreigners who wanted to become Filipino Citizens. Under the Revised Naturalization Law of the Philippines (Commonwealth Act No. 473), these are the requirements that applicants or petitioners must comply:

However, under Section of 4 of the Revised Naturalization Law, the following persons cannot qualify for Filipino citizenship:

The routes of becoming a Filipino citizen:

1) The courts – if you are a foreigner who has married a Filipino then a judicial process will allow you to become a Filipino citizen.

2) The Office of the Solicitor General – the OSG has the power to approve petitions for naturalization. The processing fee is around P40, 000 or $800.

3) An act of congress – if you have made a significant contribution to public life in the Philippines, your application to become naturalized can be sponsored by a senator or congressman.

Many foreigners assume that marrying a Filipina will automatically entitle them a Filipino citizenship by virtue of their marriage. This is definitely wrong. Just like a Filipina marrying a US citizen for example, she does not automatically become a US citizen because of their marriage. The only advantage on this is that you are lessening the required number of years before you can apply.

As part of the requisites of Revised Naturalization Law mentioned above, you must live in the Philippines for 10 continuous years. And because you married a Filipino citizen, you only have to do so in 5 continuous years before you can apply.

However, this comes with a disadvantage. Under the Philippine law, you shall renounce your current citizenship as part of your Filipino citizenship application process. And most of the times, it is hard for foreigners, depending on your country’s laws, to re-acquire your citizenship.

Aside from being married to a Filipino man or woman, the ten years continuous residence shall be reduced to five years to petitioners having the following qualifications:

Applicants or petitioners wanting to acquire Philippine citizenship shall file with the Special Committee on Naturalization which is composed of Solicitor General as chairman, the Secretary of Foreign Affairs, or his representative, and the National Security Adviser as members, a petition of five copies legibly typed and signed, thumb-marked and verified by the applicant, with the latter’s passport-sized photograph attached to each copy of the petition, and setting forth the following:

a) The petitioner’s name and surname, and any other name he/she has used or by which he/she is known;

b) The petitioner’s present and former places of residence;

c) The petitioner’s place and date of birth, the names and citizenship of his/her parents and their residences;

d) The petitioner’s trade, business, profession or occupation, and if married, also that of his/her spouse;

f) If the petitioner has children, the name, date and birthplace and residences of his/her children;

h) A declaration that the petitioner shall never be a public charge; and

i) A declaration that it is the petitioner’s true and honest intention to acquire Philippine citizenship and to renounce absolutely and forever any prince, potentate, State or sovereign, and particularly the country of which the applicant is a citizen or subject.

Along with this, the application shall be accompanied by:

a) Duplicate original or certified photocopies of petitioner’s birth certificate;

c) Duplicate original or certified photocopies of petitioner’s marriage certified, if married, or the death certificate of his spouse, if widowed, or the court decree annulling his marriage, if such was the fact;

e) Affidavit of financial capacity by the petitioner, and sworn statements on the good moral character of the petitioner by at least two (2) Filipino citizens of good reputation in his/her place of residence stating that they have personally known the petitioner for at least a period of ten (10) years and that said petitioner has in their own opinion all the qualifications necessary to become a citizen of the Philippines and is not in any way disqualified under the provisions of this Act;

f) A medical certificate that petitioner is not a user of prohibited drugs or otherwise a drug dependent and that he/she is not afflicted with acquired immune deficiency syndrome (AIDS);

g) School diploma and transcript of records of the petitioner in the schools he attended in the Philippines. Should the petitioner have minor children, a certification that his children are enrolled in a school where Philippine history, government and civics are taught and are part of the curriculum; and

h) If gainfully employed, the income tax return for the past three (3) years.

The exclusive jurisdiction to hear the petition is the Court of First Instance of the province in which the applicant / petitioner has resided at least one year immediately preceding the filing of the petition.

Guidelines during the Hearing of the petition

Within 60 days from the issuance of the certificate, the petitioner shall take an Oath of Allegiance in the proper forum upon proof of payment of the required naturalization processing fee and certificate of naturalization.

If the applicant fails to take the Oath of Allegiance within the required period of time, this makes the approval of the petition deemed abandoned.

Effect of the naturalization on wife and children

As many Filipinos would want to give up their citizenship in exchange of another one, all the while many foreigners dreamed of having a Filipino citizenship. A great irony it is! 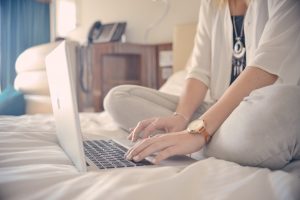 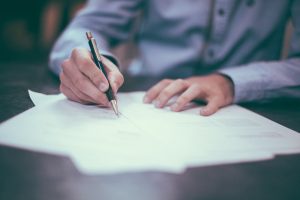 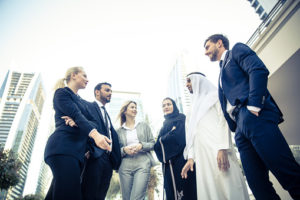 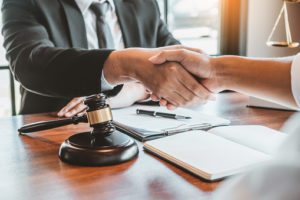