The Philippines has 7,641 islands, each is distinct, they have their own customs and traditions, religious beliefs and local celebrations that is why Filipinos love to party because they have lots of festivals. The sheer number exemplifies the diversity in culture from the metropolitan area to the smallest barangay, every place has their own way of celebrating.

Some do stand out for being odd and we have prepared a list of these bizarre Philippine festivals that will tickle your fancy. Have an up-close experience, enjoy the moment and you will know why Filipinos are a happy lot. 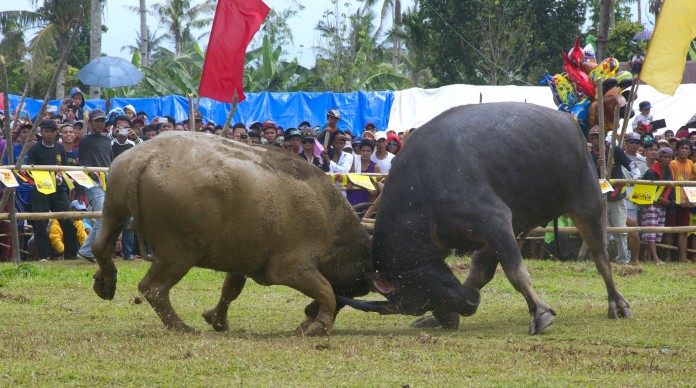 Turogpo is celebrated every Black Saturday in Carigara, Leyte and originated from the Waray term meaning to meet or match. It was celebrated in the 1600s as a show of protest by Filipinos to the Spanish rule.

Thousands of foreign and local tourists trek to the area to watch thrilling animal jousts. Animal activists frown at the sight of carabao-fights (Pasunngay), horse-fights (Paaway), and cockfights (Sabong). 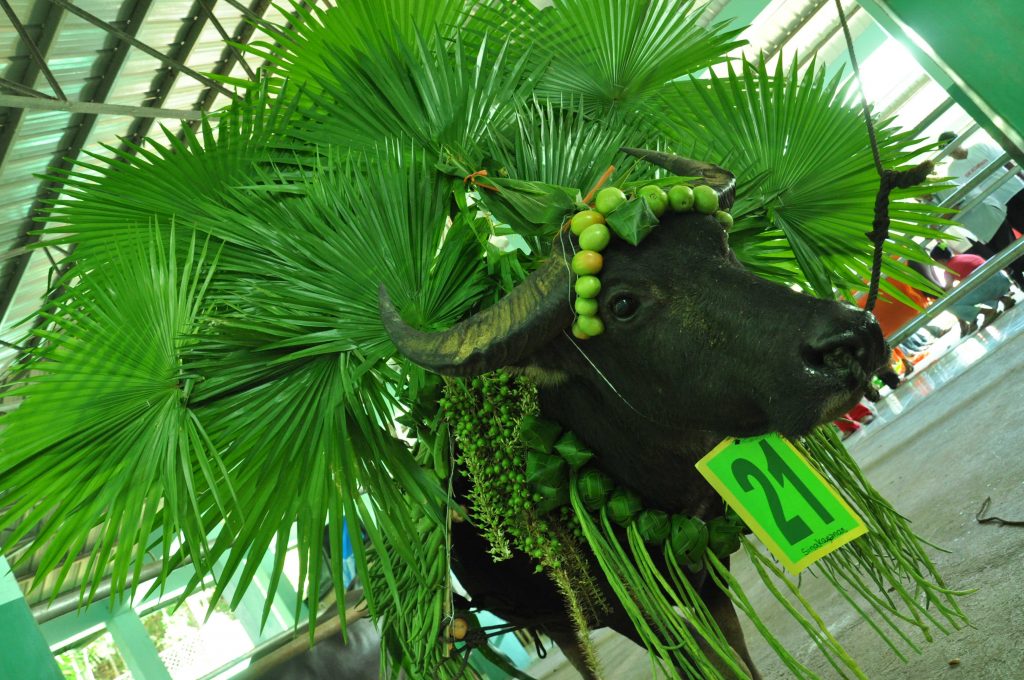 A week-long festival celebrated every June 17 in the Catigbian town of Bohol province. There are lots of activities in store for revellers such as carabao-racing, agro fair, hog-catching, motocross, the search for Miss Katigbawan culminated by street dancing and a surprising carabao pageant.

The carabaos are all hilariously dressed up and adorned in costumes, make-up, and all to attain the perfect score of 10. The contestants come from the different barangays, parade all over the town for everyone to see. Just like any “beaucon, beauty contest,” they have a talent portion which is the clincher. Some kneel, others walk on their knees, some are just lovable and funny with their get-up, yet others just answer the call of nature resulting in an uproar from the gallery. 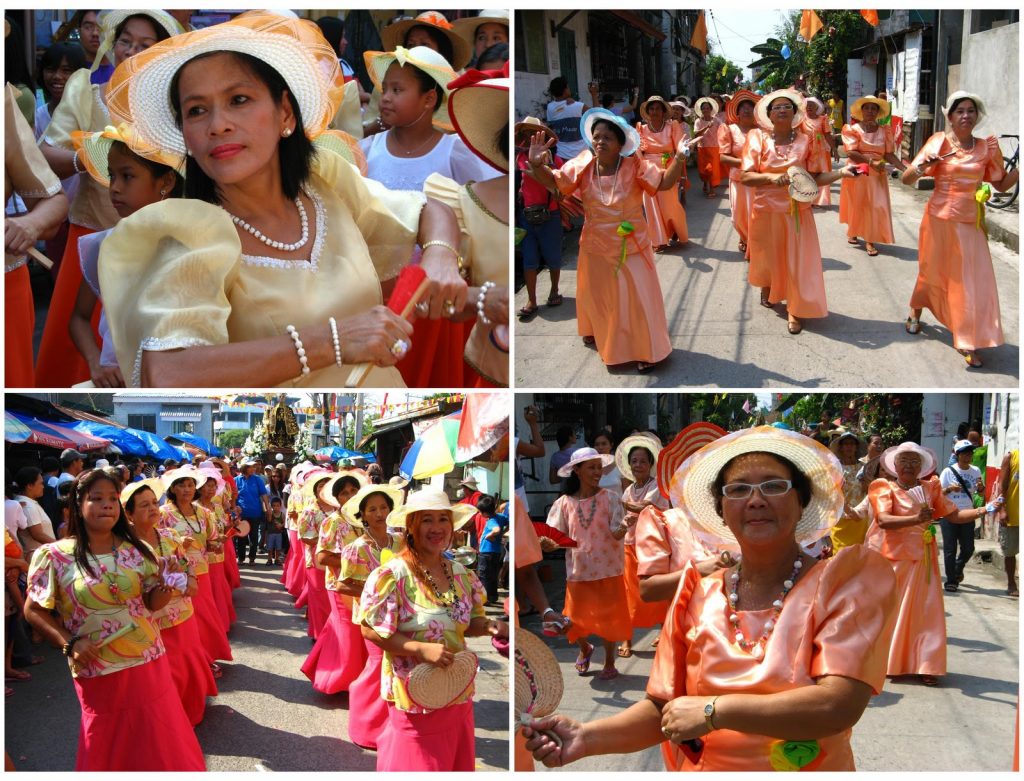 This festival is celebrated in the town of Obando, Bulacan from May 17 to 19. Its roots can be traced back to pre-Spanish times when pagan natives celebrate in hopes of having children or a good harvest. Today, the celebration is a blend of pagan and Roman Catholic beliefs with the central figures as San Pascual de Baylon, Sta. Clara, and the Lady of Salambao replacing the pagan idols.

Thousands of childless couples and singles looking for soul mates perform the fertility dance of San Pascual and Sta. Clara to the tune of “Santa Clara Pinung-pino” to have their wish granted. Fisher-farm folks dance to the Lady of Salambao for a good harvest. Devotees follow the procession of the 3 patron saints atop colourful floats as they are paraded around town. 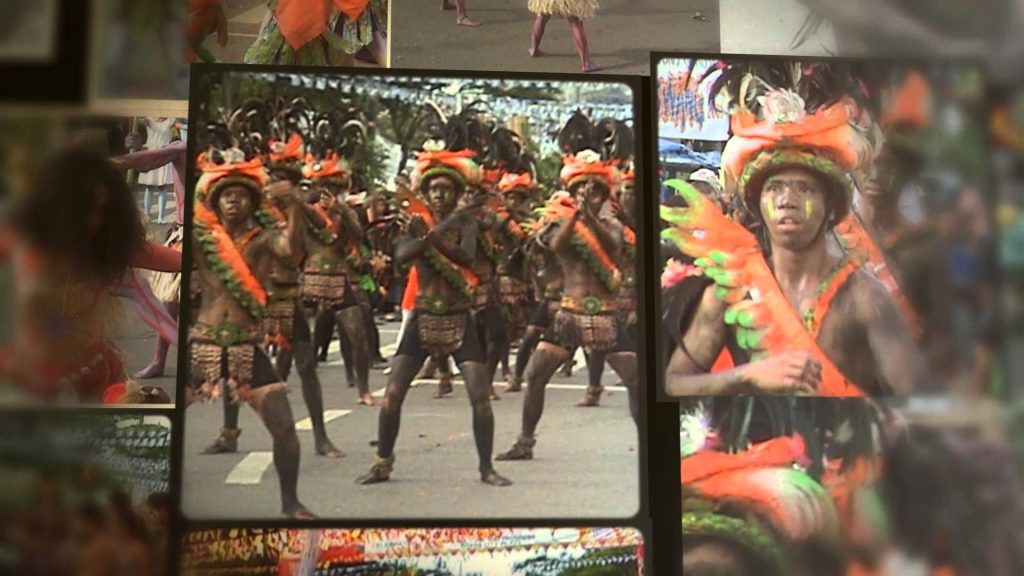 Credit to The Aswang Project

Perhaps the makers of Twilight and other horror films would change their mind about their monster characters if they saw the “aswang”, Philippine mythical character for vampire, evil spirit or ghost.

Organizers hoped to change the perception of the public about Capiz as a sanctuary for aswang. Instead these lovely yet treacherous dead gorgeous creatures of the night will be used as a tourist attraction with people parading in eye-catching aswang costumes.

The event had to be shutdown 3 year later, 2007, due to strong opposition from the Catholic Church for fear of people being swayed to the dark side. 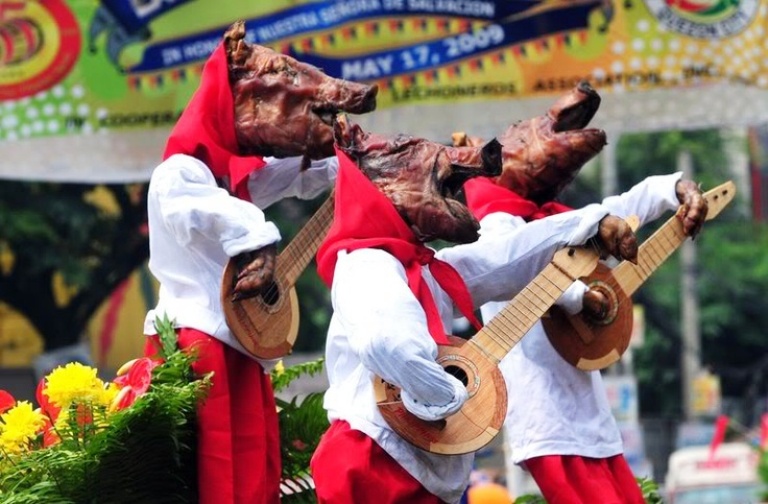 Good news to lechon, roasted pork, lovers scoot over to Balayan, Batangas on the 24th of June and savour your favourite dish.

Hundreds of lechon are paraded, some are dressed and others have the head removed and mounted on mannequins. When the lechons are ready they are brought to the Immaculate Conception church where a mass is celebrated to commemorate the dousing of water by St. John the Baptist to Jesus Christ signifying baptism. Then the lechon is off to the streets of Balayan and the merry making begins. Bystanders drench water on the lechon but that seems wasting good food just get a piece while on parade will do justice to the pig.

That’s only the icing that you tasted when the parade is over have mouthfuls of lechon, drinking and feasting the whole day. You should have brought your meds along with lots of self-control, we’re talking about cholesterol which is bad for your health, definitely not for the weak-hearted. 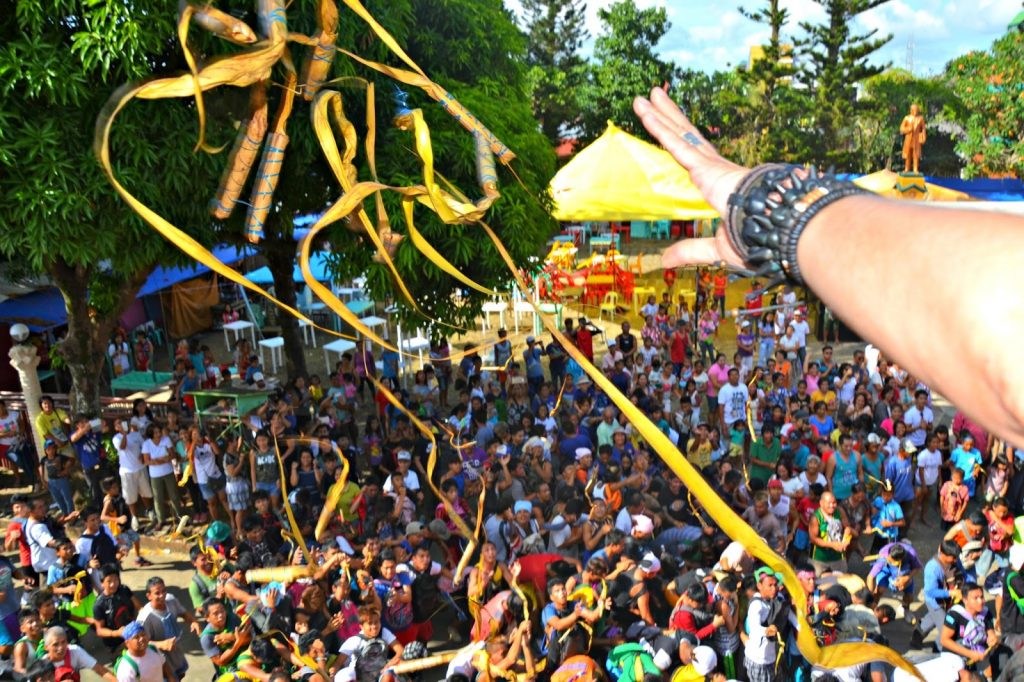 Do you love suman, rice cake? Mark May 6 to 15 in your calendar and scurry to Tayabas, Quezon for the Mayohan festival.

Mayohan is a way of Tayabanses, locals, paying tribute to their mother’s sacrifices and the farmer’s way of thanking San Isidro de Labrador, patron saint, for a bountiful harvest. On May 15, a procession is held as a tribute to San Isidro participated by a multitude of devotees. This culminates with a makeshift wood hung and tied with bundles of suman and summer fruits, pabitin, and devotees gaily use every ounce of strength, oodles of sweat, and their funny side as they pervade the air until the pabitin is empty. Simultaneously, suman is thrown to the crowd, hagisan ng suman, by locals in gratitude for this year’s income and their next harvest.

Join in these odd festivities and have a fun time while satisfying your curiosity for an unusual celebration. 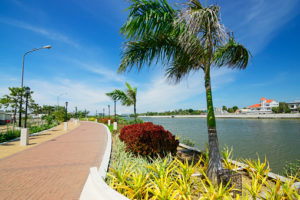 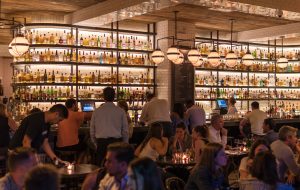 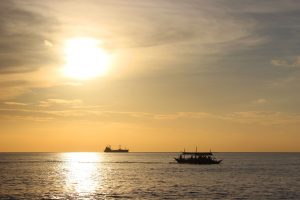 Nearby Manila Getaways to Recharge You