Traveling domestically in the Philippines can be quite a hassle. Since it is made up of 7,000-plus islands, moving from one place to another may require more than just a road trip. There are various ways of travelling – from train stations to boat rides and plane rides.

If you would rather take the easy way out and travel via airplane, there are a few budget airlines available for you to try. Since flights domestically normally only take an hour, budget airlines are the best and most practical option for locals and expats alike. While it these low cost carriers may not have the same level of luxury big, commercial planes offer, they serve the purpose of getting you and your luggage from one place to another.

Interested? Read on below for the budget airlines available in the Philippines. The next time you’re headed to Boracay for a beach getaway or Cebu for business meeting, here are some low cost commercial planes your can take.

If you’ve heard about the hash tag #PisoFare, then you’ve most likely encountered someone who flies via Cebu Pacific Air. Known as the top budget airline in the country, CebuPac, as it is fondly called, offers domestic flights as well as international flights to nearby destinations such as Southeast Asia, Middle East, Australia, the Pacific and the Hawaii in the US. CebuPac boasts of quite the fleet, owning 62 units, comprising of 45 Airbus and 17 ATR, which are known to be one of the modern aircrafts available in the market.

Since Cebu Pacific is a budget airline, inclusive of the basic flight ticket would be a hand carry luggage of up to 7kg. So if you were traveling for several days or weeks, it would be best to check in your luggage. This will incur charges depending on your chosen size of baggage.

The airline has caught popularity with its seasonal promos aptly called Piso Fare. These promos pop-up on different times, allowing fliers to purchase tickets for as low as Php1, excluding tax. You can book these flights via their website, mobile app and third-party travel agencies.

The Malaysian budget airline AirAsia is also considered as one of the go-to airlines for local and expats looking for low cost flights. The budget airline flies from the Ninoy Aquino International Airport Terminal 4 for domestic flights and Terminal 3 for international flights including Seoul, Busan, Hong Kong and 20 other destinations nearby. It started flying back in 2012 but it has already gotten a steady following from frequent fliers from the Philippines.

Similar to CebuPac, AirAsia also has surprise promos consumers can join. Called the #RedHotSale, this yearly promos allow buyers to purchase tickets for as low as Php1 as well. The airline has also set up a rewards program wherein frequent fliers who are members of the program are eligible to join exclusive promos and seat sales on top of exclusive discounts with partner merchants.

Jetstar Asia is an Australian low cost airline that has been servicing Filipinos and expats in the country. This Singapore-based budget airline offers flights from Manila to different parts of Asia such as Singapore, Kuala Lumpur, Hat Yai, and Penang among others. Included in their basic flight ticket are flying insurance and a 7kg hand carry luggage. Should you have excess baggage, you have the option to check these in.

The great thing about this airline is that it really does offer value for your money. Everyday, people have the option to choose low cost flights without sacrificing convenience. It’s one of the many reasons more and more people prefer Jetstar Asia to any other commercial plane.

SkyJet Airline is the first Philippine boutique airline, which started its commercial flights December 2012. The reason why this airline is included in the list is because of its flight services to remote islands in the country not all commercial carriers service. This includes Basco, Batanes, Catarman, Caticlan and Coron. SkyJet is also able to service flights to the prestigious Balesin Island.

While the flights offered by SkyJet are few, the airline still holds promos. One of the most popular marketing efforts they’ve done is treating lucky fliers to a whole month of free flying during their birth month.

The Philippines’ airline industry is booming with both large commercial airlines and low cost carriers giving consumers a choice how best to get to their desired destination. While these budget airlines may skimp out on some luxurious services offered by big airlines, they’re still able to give fliers exactly what they need – a hassle-free and safe flight to their destination. 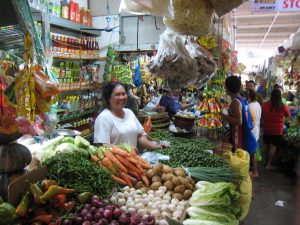 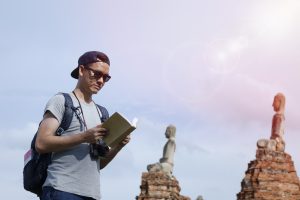 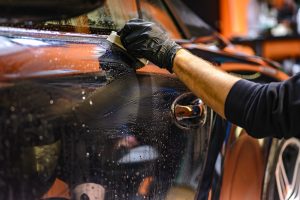 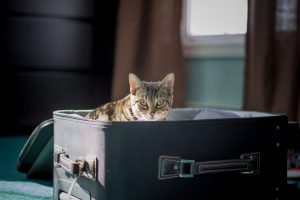 Pet Lovers’ Guide to Flying with Pets in the Philippines